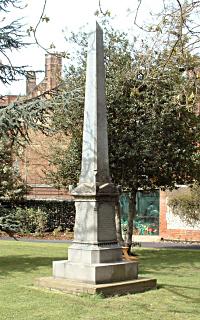 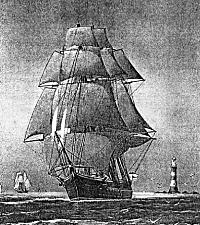 THIS MONUMENT
IS ERECTED BY THE
OFFICERS
AND SHIP’S COMPANY OF
H.M.S.ACTIVE
LATE FLAG SHIP
ON THE WEST COAST OF AFRICA
AND CAPE OF GOOD HOPE STATION
TO PERPETUATE THE MEMORY
OF THOSE OF THEIR SHIPMATES
WHO PERISHED WHILE GALLANTLY
DOING THEIR DUTY WITH
THE NAVAL BRIGADE OF THAT SHIP
DURING THE KAFIR WAR 1877-8
AND THE ZULU WAR OF 1879.

Further Information
A sister ship to Volage, Active was constructed of iron with an outer skin of oak and having copper sheathing below the waterline. Her design derived from that of Inconstant, with speed as a primary consideration. She did not enter service until 1873 when she went as the commodore’s ship on the Cape of Good Hope and West African station.

In November 1878 the Commander of the Cape of Good Hope Squadron was asked to send a Naval Brigade to support Lord Chelmsford who with 8 British Battalions were facing 40,000 Zulus. Commander Fletcher Campbell marched the Active’s Brigade north to the Tugela River where the sailors built a haul over pont which eventually ferried over 5000 men across the river. The first action was seen on 22nd January 1879 at about the same time that the British were suffering very heavy losses at Isandlwana where one of Active’s Brigade, Signalman William Aynsley lost his life. It is recorded that he fought to the last with a sword bayonet and his back to a wagon wheel until speared from behind by a Zulu assegai.

Captain Fletcher Campbell of Active noted with some surprise that there was only one serious defaulter during eight months of campaigning, and he was a thirsty stoker who could not resist sampling a bottle of brandy incautiously stowed in a stores wagon.

Paid off in 1879, Active was rearmed and refitted, but had no role to play until 1885 when she was selected to be the commodore’s ship in the Training Squadron. For thirteen years she led the other corvettes, Volage, Calypso and Rover, on sail-training exercises, and was readily picked out from the others because her single topsails had four bands of reef points. She is reputed to have been the last square-rigged naval ship to leave Portsmouth Harbour under sail. Relieved by Raleigh, she paid off in 1898 and went into reserve, being sold out of the service in 1906.

For the Zulu war see: www.kwazulu.co.uk

Deaths noted in medal roll but not included on Memorial.

The Monument
A contemporary report describes the monument as “an obelisk of polished Scotch grey-granite on an unpolished pedestal of the same stone. It was produced by Aberdeen sculptors”